DESIGNS THAT INSPIRE THE MIND 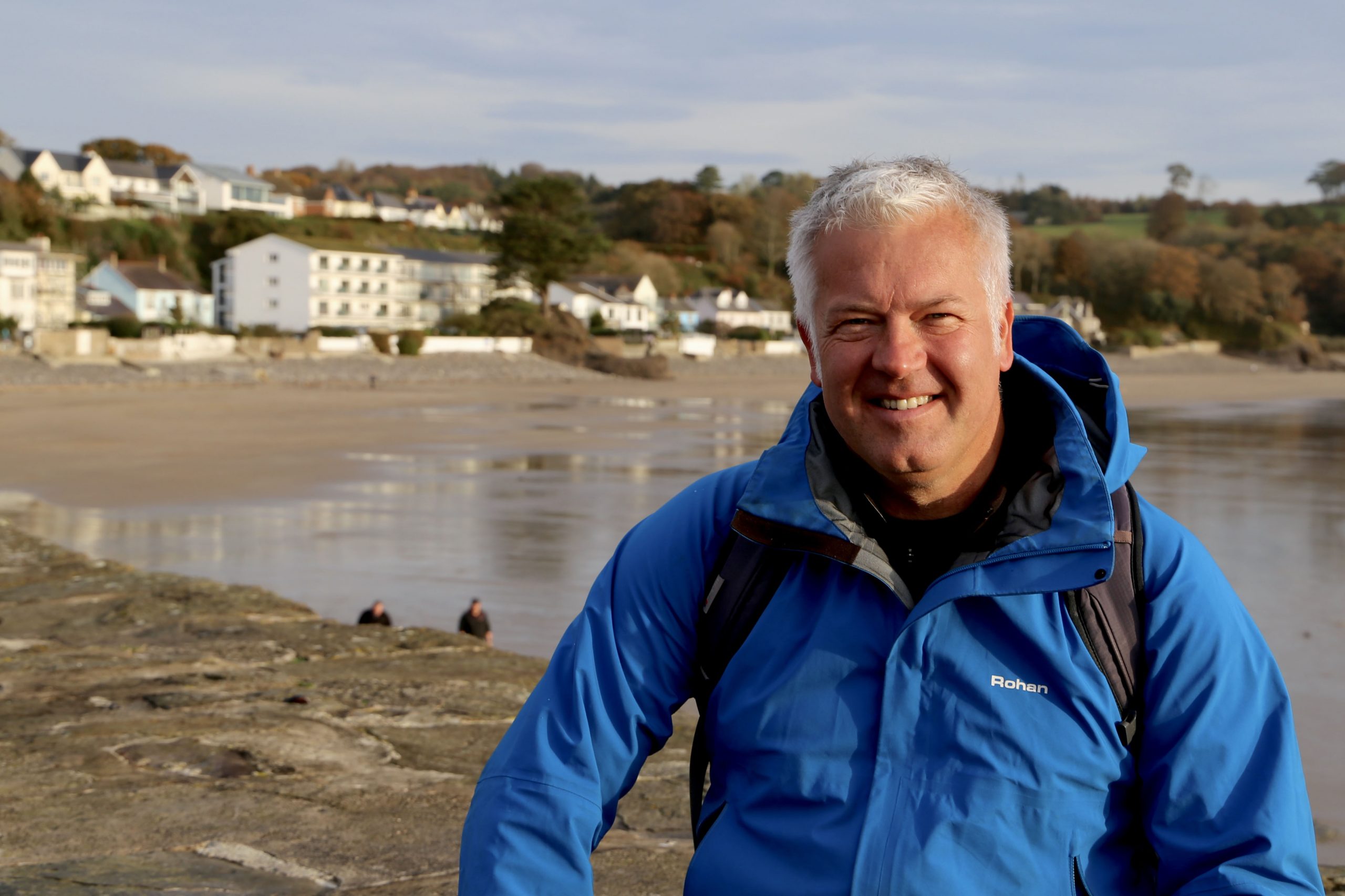 Derek Brockway is such a well-known TV personality in Wales that we call him Derek The Weather. His friendly face is instantly recognisable and he’s top of his game when it comes to forecasting. He also presents his own programme, Weatherman Walking, throwing a spotlight on the beauty of Wales and adding to his already huge legion of fans. Here, in our exclusive Q&A for Double Click’s Like Minded Magazine, he reveals what makes him happy, what helps him when he’s feeling down, and the causes that are close to his heart.

To most of us living in Wales, you’re the face of Welsh weather. How did you get to become one of the country’s best-loved weather presenters? It all started when I was a boy. I was eight years old and it was a very hot summer. It was 1976 and we had a drought with record breaking temperatures that went on for weeks… and I became fascinated by it all. We had our water turned off, because of the drought, and it was all over the television.. and I decided then that I wanted to be a weather forecaster when I grew up. My dad bought me a thermometer and I started taking temperature measurements in the garden and then keeping a diary of the daily weather conditions. I started watching all the television bulletins on the BBC and it went on from there. The neighbours would always ask me what the weather was going to do, even as a 10-year-old boy, so they could decide whether or not to put their washing out. It wasn’t one of those fads, I kept it going. I guess I’m a real weather anorak!

It sounds like the weather is something of an obsession with you… I think some people would definitely say that I’m obsessed. When I’m out I am constantly looking at the sky and the clouds, looking at weather websites on my phone to keep an eye on radar pictures and satellite imagery to see what’s going on. And I’m often communicating with people on social media about what’s happening across Wales.

Is there such a thing as a typical Day in the Life of Derek Brockway? Quite often I work shifts, so sometimes I start at one o’clock in the afternoon and finish at 11 o’clock at night. Some days I start earlier, finishing at seven. They are long shifts. We do several live bulletins a day on Radio Wales and do two or three live bulletins on television as well. We have a rota so we can see what days we’re working and when we have time off. Also of course, I have been filming Weatherman Walking. We’re now on Series 13, going along the coast. To have a series like Weatherman Walking is the icing on the cake as it combines two of my hobbies – weather and walking. I am really lucky to have this career and my own walking show, which I never thought I’d have when I left school.

As the host of the BBC TV show Weatherman Walking, you must love to walk! You must also believe in the health benefits, both mental and physical, to getting outside and putting one foot in front of the other… Absolutely, yes. Some people ask me if I actually like walking and I do! I don’t just do it for the cameras! I like exploring different places. There are some lovely walks where I live in the Vale of Glamorgan but sometimes I like to go further afield to the Brecon Beacons or Pembrokeshire, and I love Snowdonia too – the big mountains of Wales. Having grown up in Barry, close to the coast, I like walking next to the sea. It’s a great way of getting some fresh air and exercise. It’s also good for the mind, being able to switch off and blow away the cobwebs. I find walking relaxing and it’s sociable as well. When I can, I like to go abroad walking as well, to the Alps and the Dolomites. I’ve been to Norway and Slovenia, too. It’s definitely a hobby of mine.

As a meteorologist what’s your opinion on climate change? I think it’s a great concern. The climate is changing and warming with more extreme weather patterns. We’re seeing the Arctic sea ice shrink in size year on year. We have to change the way we live really. We have to look at different ways to live our lives: reduce fossil fuels, look at more renewable energy – because we can’t go on the way we are. If we don’t reduce the amount of CO2 we’re putting into the atmosphere – and other greenhouse gases like methane – then we’re going to face serious problems going forward. And in the natural world some animals could possibly become extinct. So we have to react now, before it’s too late.

Do you have any weather idols? Who do you look up to? When I was growing up I used to watch Michael Fish and Ian McCaskill – who’s sadly no longer with us. I grew up with Jack Scott and Barbara Edwards, the first female weather presenter on the BBC in the 1970s. I can remember writing to Jack Scott as a child and I had a reply, so I was well chuffed.

Have you ever got the weather forecast really wrong? I haven’t done a Michael Fish and missed a hurricane but once I forecast heavy rain and Powys woke up to six inches of snow! Snow is the hardest thing to predict. All it takes is a small change in temperature for rain to fall as snow, so we do get caught out sometimes. Snow is pretty to look at but very disruptive and people are very quick to let you know when you get it wrong!

You’re involved with Velindre Cancer Centre and the UK Sepsis Trust. Why are both so close to your heart? My father died of sepsis in 2015, when he was nearly 83. I’d never heard of sepsis before so I started to read about it. I try to raise awareness of it so that more people can find out about it and recognise the symptoms. Time is of the essence with sepsis. You have to react quickly and get to hospital. It’s about spreading awareness and helping to save lives…because I’ve experienced it with my father. I am an Ambassador for Velindre Cancer Centre in Cardiff. They do amazing work in helping to treat people with cancer. Velindre organised a charity trek to Patagonia in 2015, celebrating the 150th anniversary of the Welsh settlers who migrated there. I speak some Welsh, and it’s an area of the world I was interested in visiting, so I decided to do the trek. I like walking and at the same time I was raising money for an amazing charity. After Patagonia I have also done other treks for Velindre, in Peru and Nepal.

Do you like getting recognised when you’re out and about? Depends on what mood I’m in, because sometimes you do want your privacy and be able to switch off and hide away in the corner of a pub. I’ve been on telly for more than 23 years so people almost treat you as one of the family. Most people are lovely. They might want a selfie or an autograph and have a bit of a chat, and that’s fine. I have had one or two people come up to me in the middle of eating a meal and that can be annoying.

You speak a little Welsh on the TV but most people probably don’t realise you can hold a conversation in Welsh. I’m not fluent in Welsh but I’d like to be, one day. It’s amazing when someone starts speaking to me in Welsh how much I know and I really should have more lessons. I also love all the different Welsh place names like Pontrhydfendigaid in Ceredigion which means the bridge over the blessed ford in English.

We all have good and bad days. What makes you happy and what helps you when you’re feeling down? Family and friends are very important. Being able to get out and about to go for a walk on a nice, sunny day makes me happy. And I’ve just taken up cycling too.

How do you switch off? To switch off from work I like to go for a walk and I’ve also taken up running. When I could, I tried to do the Park Run every Saturday. You do a 5k run, it’s not a race. There are park runs all over Wales and my advice is to go and check them out. It’s a great way of meeting new people and keeping fit.

How was lockdown for you? We could see you were still on the telly, but what changes did you have to make at the start of the coronavirus pandemic? During the lockdowns I was still going into work as normal and broadcasting from the studio which I didn’t mind as it was nice to see a few people in work. I like to travel and go abroad so it’s been hard not to be able to book a holiday but it’s not the end of the world and there’s always next year. I also saw more of my elderly mother during lockdown. I was able to do shopping for her and sit in the garden with her as well, chatting about the past.

As we head into summer, what’s your favourite season and why? My favourite season is spring because it’s the season of hope. The days are getting longer and warmer and you see all the bushes and plants springing into life. It’s the season of optimism for me after such a long winter. Better weather and the lighter evenings encourages more people to get outdoors… and go walking!

You can follow Derek on Twitter @DerekTheWeather | Maps and route information on all of Derek’s Weatherman Walking episodes are available to read and download on www.bbc.co.uk – just search for ‘Weatherman Walking’. 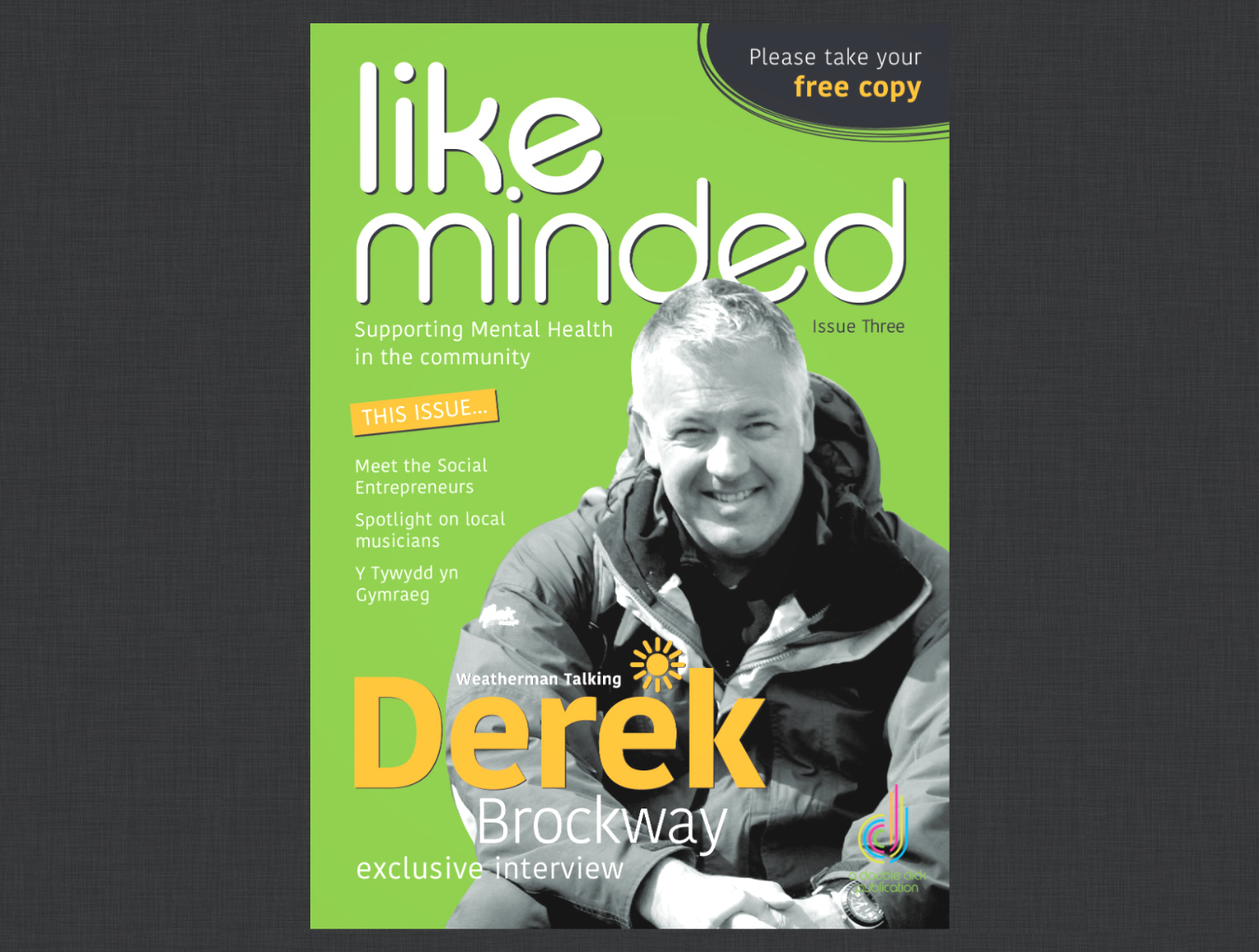 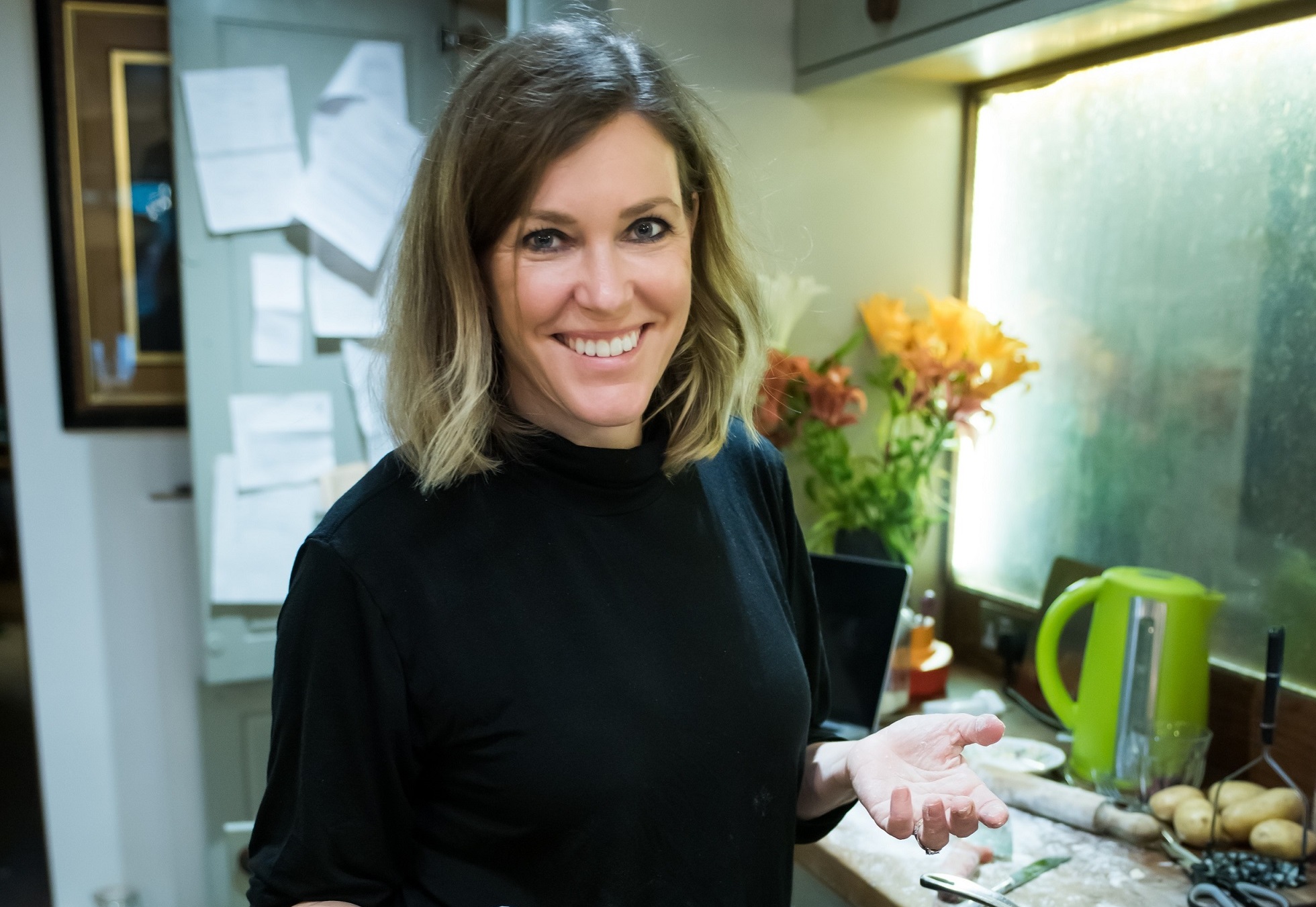 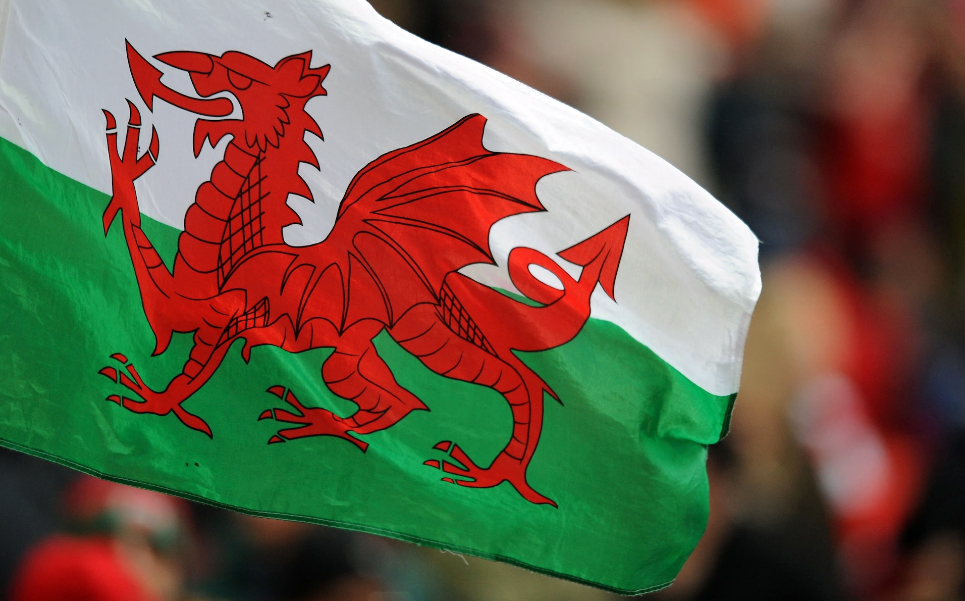